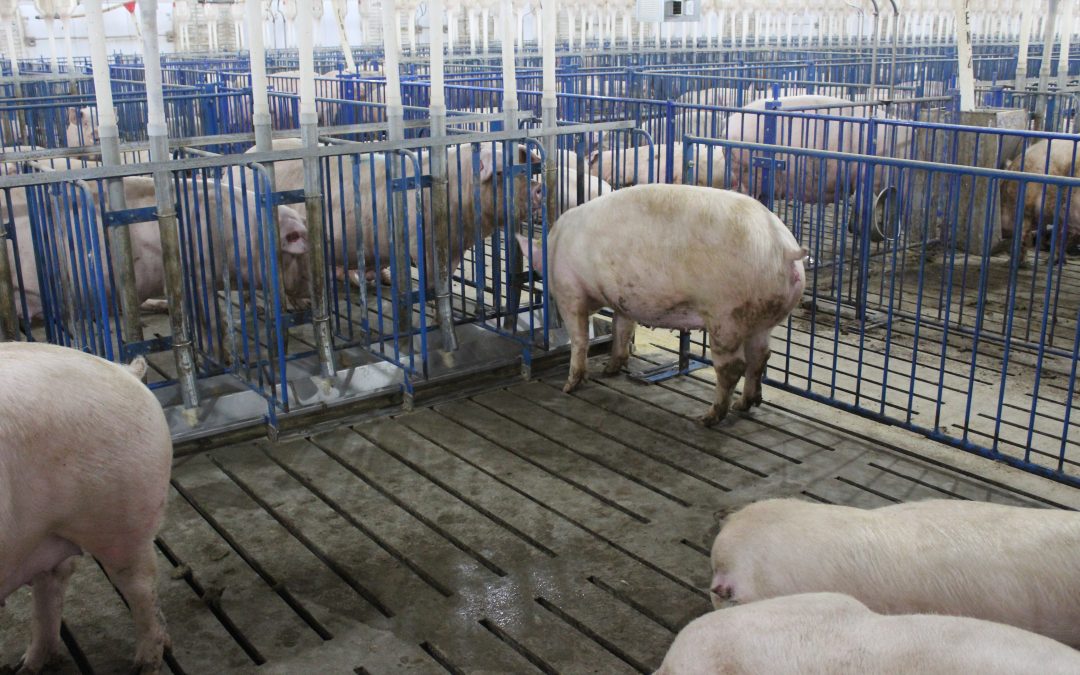 The California law has been delayed from its Jan. 1, 2022, start date, but gestation-sow housing will be forever changed.

Hog farmers have a long history of making production and management changes, whether it involves revising diets, adopting new technology or adjusting management practices; that’s how progress is made. However, changes are usually based on science; they are tested and proven before moving to the farm. That is not the case with California’s Proposition 12 (Prop 12), which addresses housing for gestating sows, laying hens and veal calves.

Originally slated to go into effect Jan. 1, 2022, Prop 12 has been delayed at least 6 months. But don’t settle into a false sense of security. “This transition is coming, so we need to reconcile that there will be changes and try to find solutions,” says Kristina Horback, PhD, associate professor of animal behavior at the University of California–Davis, who spent 5 years studying group sow housing in the field.

Prop 12 spells out rules for laying hens, veal calves and gestation sows and any of their food products sold in California, whether raised in state or out of state. Here are specifications for female swine:

What is not spelled out in Prop 12 are any details for housing design, layouts or management. Each producer will need to evaluate and select the best options for their system, says Bill Hollis, DVM, Carthage Veterinary Service (CVS) and Professional Swine Management. “Visit with swine equipment companies; they’ve done a lot of work in this area and they can help,” he adds.

Some of the current housing options that can be applied include:

When considering costs, producers also have to factor in lost productivity.

He points to an example of a 3,800-head sow farm that’s keeping the same facilities but, upon conversion, will accommodate only 2,900 sows. Currently weaning 103,906 pigs annually, that number is projected to drop to 77,907 head.

As a rough estimate, Hollis says to plan on $11 per pig for remodeled facilities and another $4 per pig if adding new construction.

“A big part of making the decision depends on the packer,” he adds. “If you’re going to make the investment, what will it take in terms of their commitment?”

Hollis says there’s been a lot of negotiation attempts, but out of the 31 sow farms that CVS’s Professional Swine Management oversees, none have made conversions to comply with Prop 12. Of the veterinary clinic’s clients, only two have made conversions, and their herds were closely tied to a packer, which makes the decision more cut and dried.

There are space utilization and management decisions to make before venturing too far into the conversion consideration. Start by working backwards from pig-flow requirements. “Determine how many pigs you’re going to need each week,” Hollis advises. “That will tell you whether you need to add sow spaces, or you may want to find a sow farm and build a relationship to provide the space.

How are you going to organize the space? Breeding areas, hospital pens, gilt training and boar exposure all need to be approached differently for the new layout. Determine feed location, delivery and schedule for efficiency but also to minimize aggression. Large animals in open spaces will test equipment and gating durability. Address air-quality and ventilation issues that may be affected by the new layout. Lighting may need to be improved, and Hollis recommends setting up breeding in areas with the best light and access to supplies. Also, think about flooring for the different areas and how that might impact manure management.

“You’re going to have empty space periodically,” he adds. “If you use static groups and have large pens, you’ll have large portions of unutilized space as sows fallout or are identified as nonpregnant; think about that space.” That’s why he prefers small pens.

Of course, sow-group composition — the age, size, parity and familiarity between animals — along with mixing and management practices are critical individual considerations. Horback’s research has shown that some sows are always aggressive, some are moderately so and some are not at all. She has found that gilts and parity-1 and parity-2 sows gravitate to past associates and sleep together. Parity-4 and parity-5 sows are loyal to their group but will interact with younger and older sows. Parity-6 and higher sows do as they please, pick the best sleeping spots and don’t share.

“We’ll need people who are really good at picking out which females should be placed together and in which pens,” Hollis says. “If they’re not trained and it’s not executed, we’re going to have the wrong animals mixed together, and it will lead to injuries and fertility problems.”

Post-breeding is a critical period for fertility and reproduction. “We know that if we mix sows in the first 5 days after breeding, it will negatively impact fertility and total born,” Hollis says. “We hold firmly that we need to confirm pregnancy before moving a sow to a pen.” But current Prop 12 rules don’t fully accommodate that option.

Another challenge — how are you going to identify “open sows”? That’s certainly easier to do in a stall, but that may not be an option due to time limits. And, is there a way to provide a “parking area” for those open sows and also prevent fighting?

Like most processes on hog farms, success depends on the people, and that means communication. Hollis says operations must bring production teams in to discuss the changes and collect ideas. “They may not want to have anything to do with group housing because it goes against years of husbandry and instruction,” he adds. Not only will they need to learn new management and safety techniques but also how to evaluate the animal differently — who’s getting picked on, who’s not bred, who’s not eating. They need to understand the law — what can and can’t be done. Also, there will be increased sow injuries, mortality and production declines.

“But it’s not all doom and gloom,” Hollis says. One of the CVS clients that uses pen gestation once a sow is confirmed pregnant is among the leading production farms, recording 31 pigs per sow per year.

There are advantages to group gestation housing, Horback says. More space allows the sows to exercise, which improves muscle and bone dimension and adds greater strength
when farrowing. It also allows for more species-appropriate stimulation.

“Regardless of what happens with the Prop 12 sow-housing requirements, there is strong pressure on food companies, and they are very protective of their brands,” Horback says. “There’s also change happening in global pork production as other countries are following similar group sow-housing measures.”

And, more change is coming. “Prop 12 could set a precedent for future food-related measures,” she adds. “Pain associated with tail-docking is coming down the pike, too.”